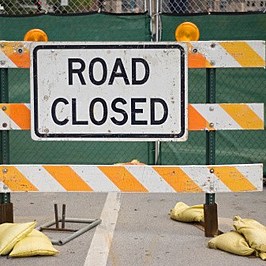 I read in the local paper today that the Billings water lines are replaced on average every 100 years!  I had to read that line at least 3 times.  Let me get this straight.  We have water lines that were installed in 1917 still in place?  The article goes on to say that with the city's aging infrastructure and limited funds, replacement is occurring at a slower pace of 150 years.  Does this now mean that we are looking at the year of 1867.  I'm so confused.  Andrew Johnson was our 17th President in 1867 and had just announced the purchase of Alaska. Does that mean Fairbanks has old water pipes too?  Barbed wire was patented on this date in 1867.  The 1st U.S. dental school, Harvard School of Dental Medicine, established in 1867.  We don't have water lines in Billings from 1867 do we?  What are they made of, CLAY?  No matter what kind of fuzzy math they use, this summer seems to be the year we need to replace them.  24th Street West, from  Central to Monad.  6th Ave North from Division to North 27th.  North 27th from 6th to 10th.  Then throw in the other "usual" work Grand Ave between 52nd and 58th.  The article also states that in mid July a mill and overlay will begin on Central avenue from Division to 24th street west...??  Last time I checked, Central starts at about 6th Street west, not Division!  Forget their fuzzy math and bad geographic knowledge.  Just watch out for the pylons!!!