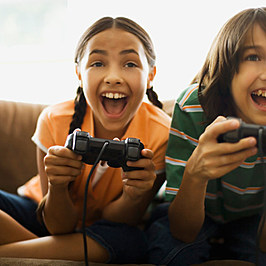 So the kids are on summer break.  I'm lucky in that 3 of my 4 kids are in college,(let me re-think the lucky part on that $$).  But, in general kids are off for the summer and lets face it most parents are working.  So, what are the kids up to at home?  I'll tell you from a guy standpoint what they are doing.  Your son is probably just rolling out of the rack around 11am.  Due to his young man instincts, he slowly and in an unsteady way, walks toward the bathroom.  His eyes are closed, but that man instinct guides him down the hall.  (it's a gift).  After the nature call, it's directly to the fridge.  With the door wide open he begins the quest.  It's the quest to find something to eat.  The shelves are so full of food and oddly the blank stare in his eyes tells him there is nothing to eat.  Not a full meal anyway, this is basically just a chance to get his bearings on what he will graze on all day.  He'll grab the first snack after a quick nap.  The worst part of summer vacation is the saying there is nothing to do.  Oh sure they have 5 different video gaming consoles, DVD's, books and such, but there is nothing to do.  Well at least for a few days there is.  There is a Carnival in the parking lot of Rimrock Mall for the rest of the week.  It's a place for the young kids to ride and the older kids to awkwardly flirt.  For the guys it's a chance to eat a complete meal, corn dogs!  And for the guys, if it lightly rains, according to the "guy handbook" that counts as the daily shower.