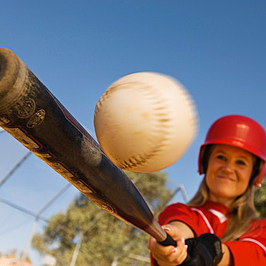 "Tina Gray was a wife & mother of 5 beautiful children. She was tragically killed on July 18th, 2011 while riding her bike. She was training for her first triathalon later that summer. Proceeds from the TINA GRAY MEMORIAL WEEKEND will go towards the Columbus Area Trails Fund which will provide a safe path for all to walk, run or ride. Thank you for your support!"  Those are to words on the facebook page for the Let It Ride softball tournament in Columbus this weekend.  This will be the 5th annual tournament.  Tina was a friend of mine and every year I either play or umpire the games.  This year I'm going to be on the same team with one my daughters and her boyfriend and my son and his girlfriend.  The day of the tournament the have a bike ride from Park City to Columbus on Highway 10.  Sandy Mahoney is in charge of the tournament and can be reach at 322-0222 if you would like to donate money to the Columbus Area Trails Fund.  You could come and take in the games as well!  Let It Ride!